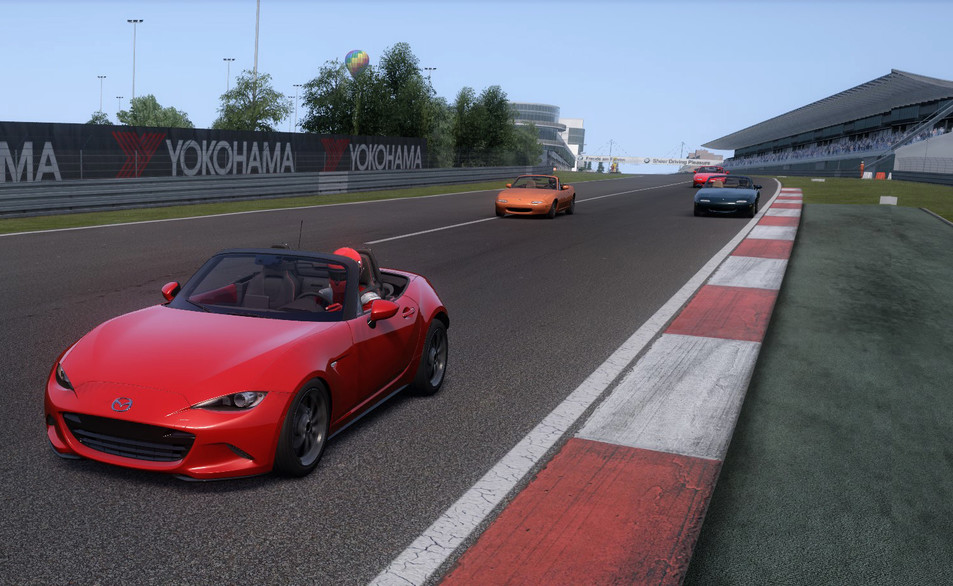 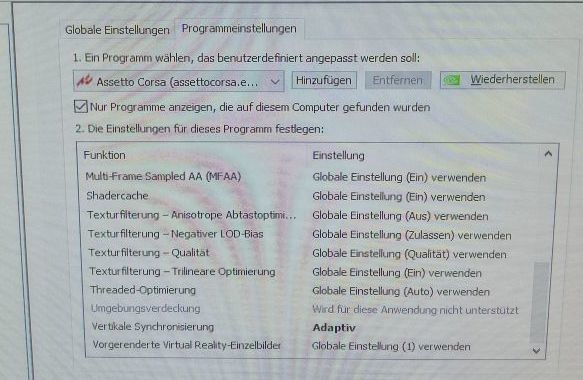 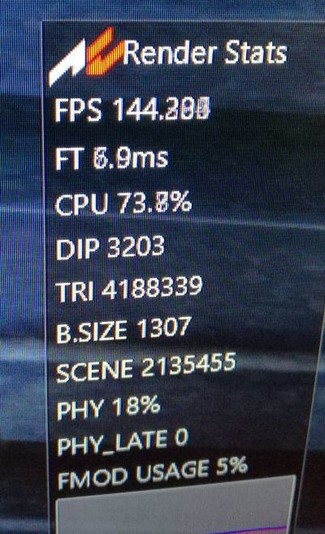 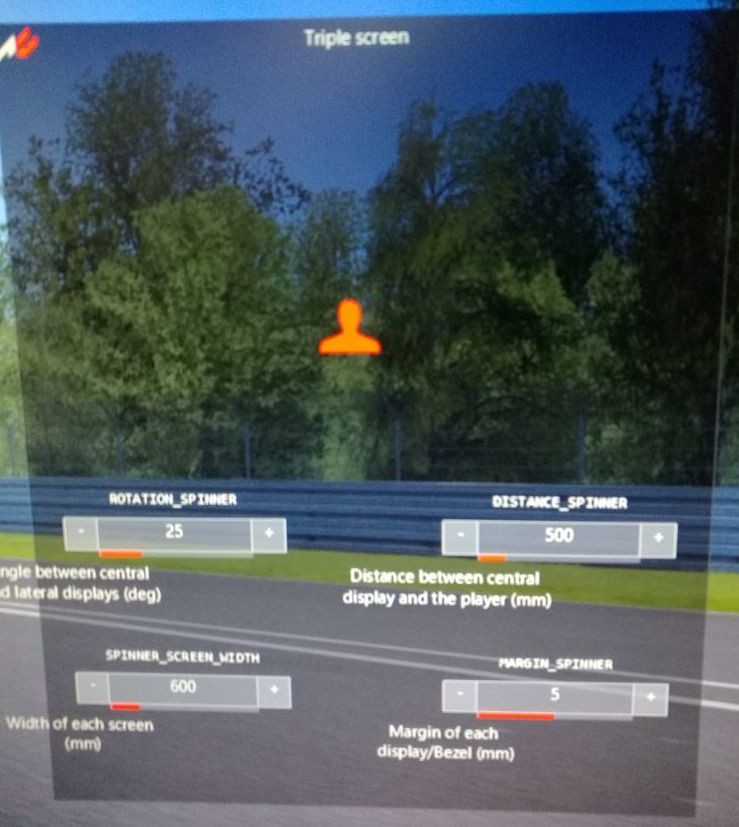 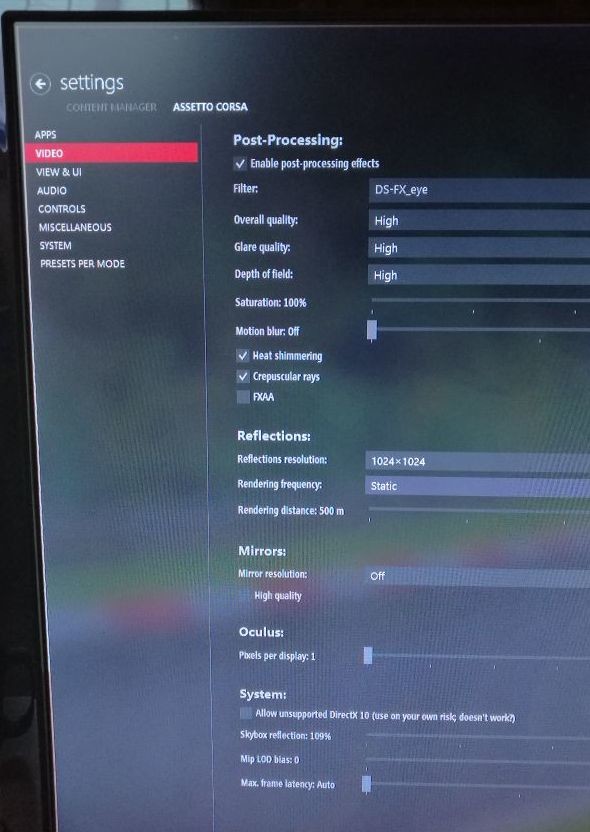 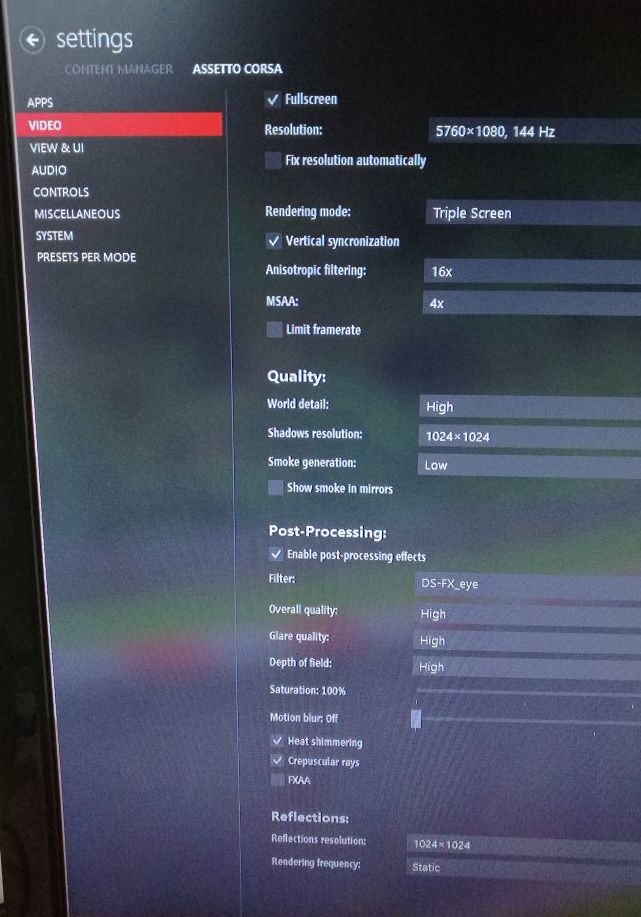 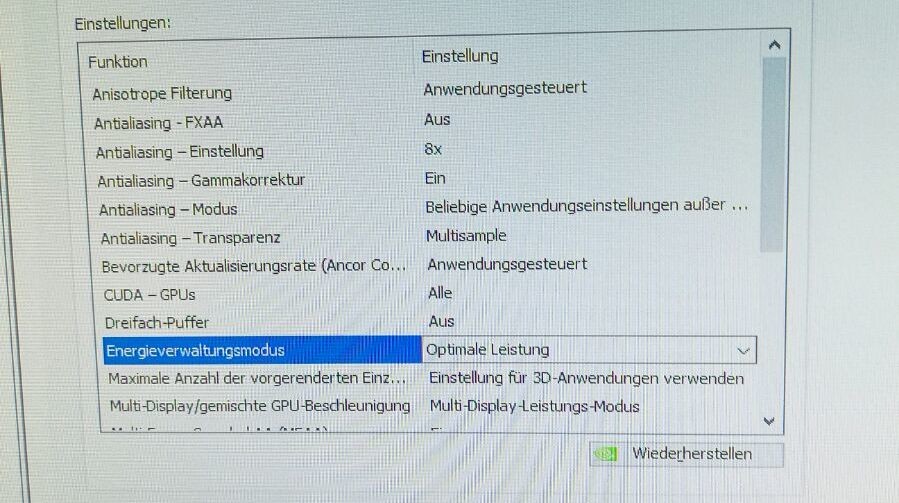 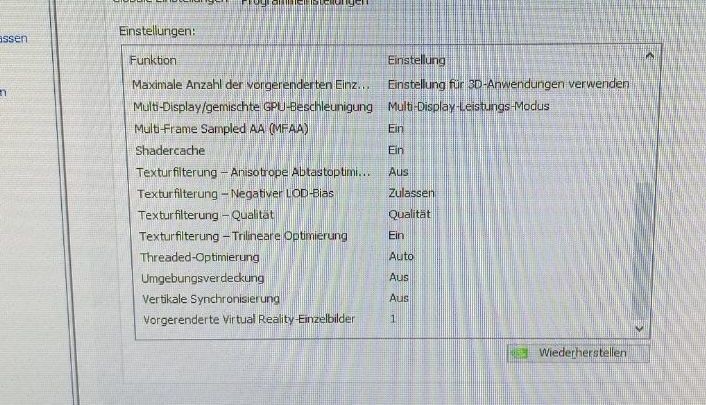 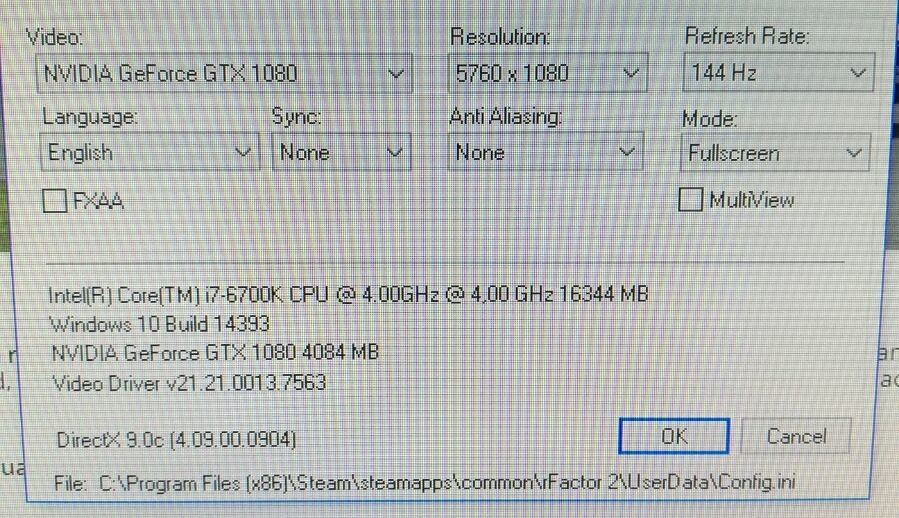 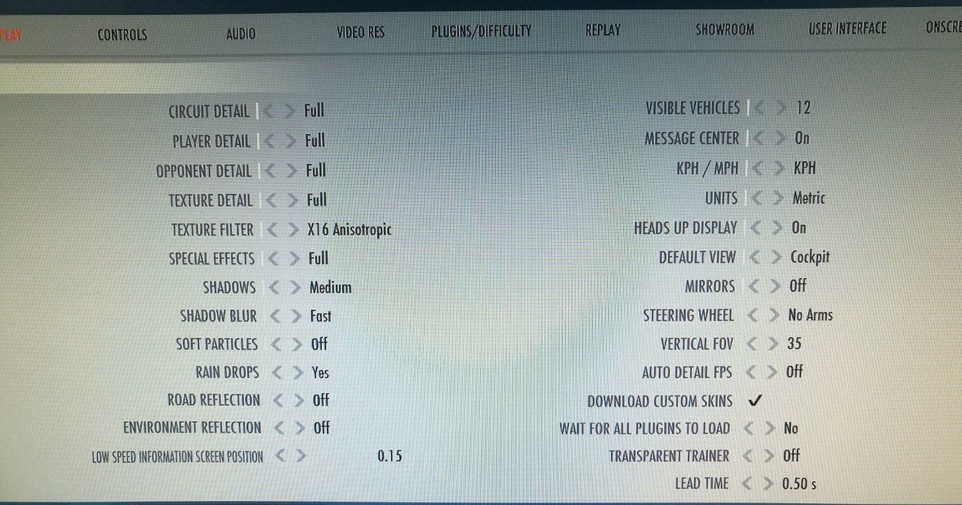 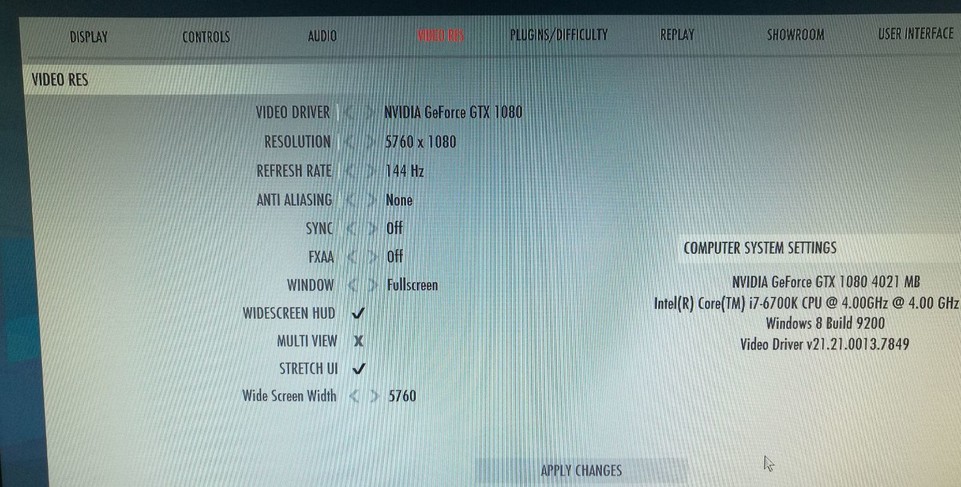 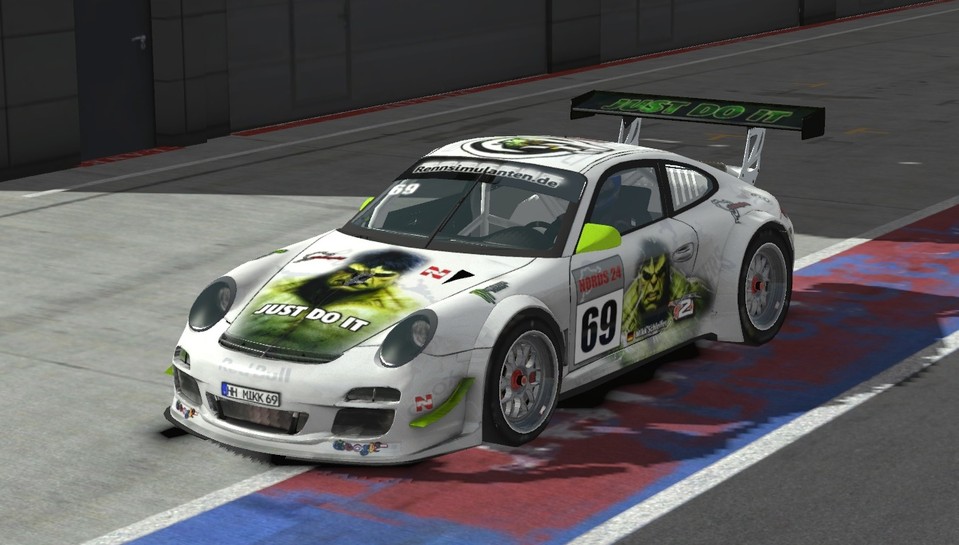 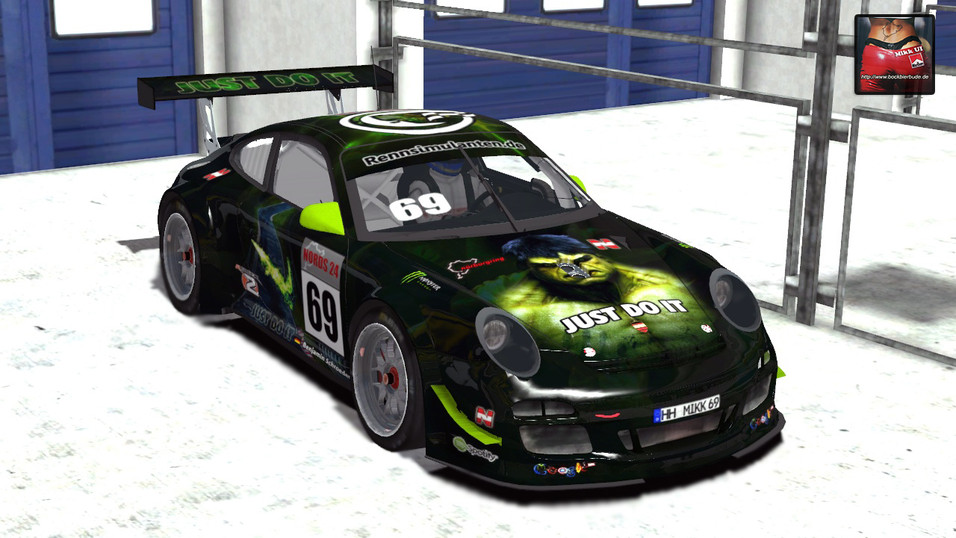 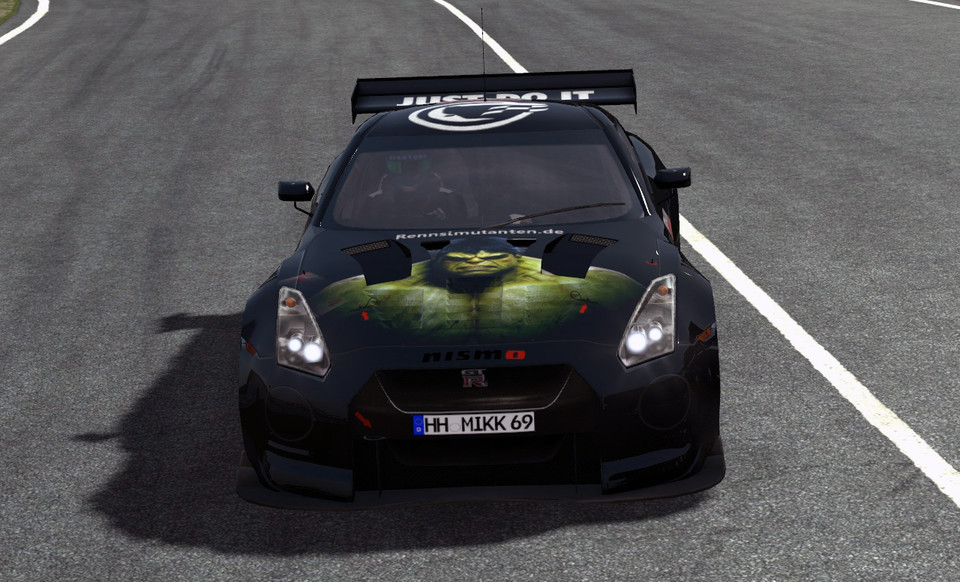 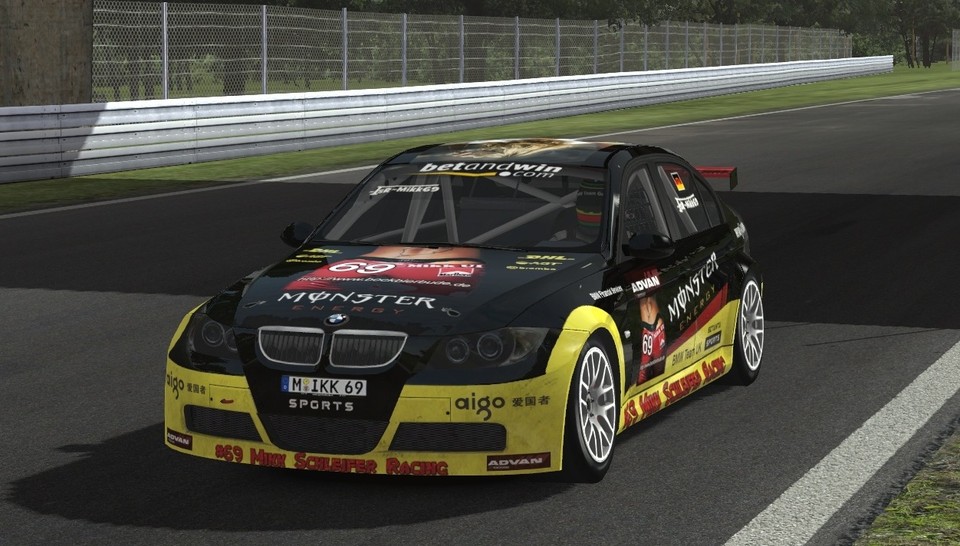 Trying to run rFactor 2 with maxed-out graphics settings but just can't do it? Try the following:


These settings (especially #2, #3, and #4) are "golden" and have transformed my gaming experience. They do not change the visual quality - to me - yet really boost my framerates, and therefore the overall experience, so much! Thanks to these settings, I can keep everything else absolutely maxed-out.

1. Anti Aliasing (Nvidia) - 8xCSAA instead of 4xAA / 16xCSAA instead of 8xAA
- Slightly better performance AND image quality. If setting from the Nvidia Control Panel or Nvidia Inspector, then make sure to also set "antialiasing mode" to "override application settings" instead of "application controlled", and make sure the antialiasing in the rF2 configure screen is set to "None". If using AA from rF2 itself, then I believe Lvl 2 = 4xAA, Lvl 3 = 8xCSAA, Lvl 4 = 8xAA, and Lvl 5 = 16xCSAA, but don't quote me on that, plus, it may be different with different GPUs (780 Ti, here).

2. Shadows - "High" (4/5)
- Visually speaking, you will hardly notice a difference between this setting and "Max". I don't notice it, I would need to do side by side comparisons to notice, but you sure do get better framerates (especially overall consistency around the track).

3. Shadow Blur - "Fast" (2/4)
- Of course not as nice as "Quality" (lvl 4/4), but it also helps very nice with framerate and is hardly noticeable when you're actually playing (unless you play from an exterior cam eg. chase cam). Oddly enough, Fast (2/4) actually looks slightly better than "Optimized" (3/4) according to previous tests (from a build or 2 back).

4. Anisotropic Filtering - "8x" (5/6)
- You almost certainly will not notice a visual quality difference between 8x and 16x (you will with 4x, though), and you also will most likely not get a framerate improvement when lapping on your own, but testing shows good framerate imrpovements when multiple cars are on screen (especially at the start, during the first couple laps, lots of cars on screen at once during a replay, etc.).

Those settings are the difference between my framerate dropping and stuttering to as low as 45 fps/eye (total 90 fps - I use Nvidia 3D Vision 2), and having them at 60 fps/eye (total 120 fps). Maybe some rare drops to 58 fps/eye (116 total) or something, but hardly. That's a pretty massive gain for 3 settings that literally make no image quality difference to me, at all - and that's while using triple screens w/ multiview!


If you still want to raise your framerates without lowering any in-game graphics then you have 2 more options (I recommend to everyone to do #5, regardless!).

5. Pre-Rendered Frames - "1" - In the Nvidia Control Panel (or Nvidia Inspector, I recommend Inspector since it has more adjustments and settings) select your rF2 profile, then change the setting (don't forget to hit Apply/Save/O.K.). Apart from gained fps in rF2, this will also decrease input lag for most users

7. Circuit Detail - "High" - May achieve a higher and more consistent framerate around the track or at specific points around the track where you may be experiencing framerate drops. You may notice some far-away trackside objects not showing anymore, but it is a very small amount of stuff, and usually far off into the distance rather than actual track-side stuff. It is a very, very small image quality decrease for the amount of potential framerate increase it may bring on certain PCs and certain tracks.


These improvements will give you a very, very nice boost in rFactor 2 framerates without hardly affecting the image quality at all. 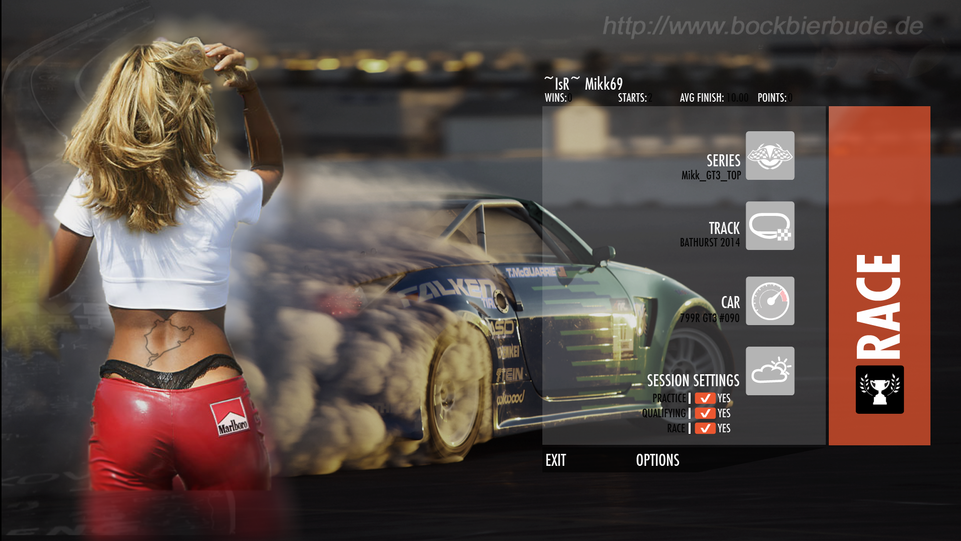 Oh and before anyone runs off into the BIOS, there is a quite simple way of enabling high performance mode, switch the "Power Plan" in Windows 7 to "Performance" instead of "Balanced", which effectively disables the power saving techniques by constantly running the CPU in its highest performance state (P0).

"Auto Blip":true,
"Auto Blip#":"Whether to automatically blip with manual shifting but auto-clutch (non-semiautomatic trans only)",
"Auto Lift":true,
"Auto Lift#":"Whether to automatically lift with manual shifting but auto-clutch (non-semiautomatic trans only)",
"Hold Clutch On Start":true,
"Hold Clutch On Start#":"For auto-shifting only: whether to hold clutch for standing start (to allow revving without moving)",
"Record Hotlaps":0,
"Record Hotlaps#":"whether to record hotlaps or not (must have replay recording on)",
"Record Replays":1,
"Record Replays#":"whether to record replays or not",
"Record To Memory":true,
"Record To Memory#":"record replays to memory rather than disk (may possibly reduce stuttering, but at your own risk because memory usage will be significant for long races)",
"Save All Replay Sessions":false,
"Save All Replay Sessions#":"whether to save the replay from each session",
"Sim Processor Thresh":255,
"Sim Processor Thresh#":"number of usable processors required in order to multithread certain simulation tasks",
"Garage Detail":0.3,
"Garage Detail#":"LOD multiplier when vehicle is in garage (0.01-1.00)",
"Heat FX Fade Speed":0,
"Heat FX Fade Speed#":"Speed at which exhaust heat effects reduce by half (0 to completely disable)",
"Load Opponent Cockpits":false,
"Load Opponent Cockpits#":"Whether to load gauges and LCD for opponents, don't turn off if you're planning on hot-swapping vehicles in multiplayer",
"Max Framerate":100,
"Max Framerate#":"0 to disable (note: positive numbers only, we always use the 'alternate' method now)",
"Max Headlights":3,
"Max Headlights#":"Max headlights visible relative to your car.",
"Max Visible Vehicles":12,
"Pitcrew Detail Level":0,
"Pitcrew Detail Level#":"0=Off, 1=Player Only, 2=Everybody",
"Texture Sharpening":0,
"Texture Sharpening#":"Sharpen textures using MIP LOD bias - 0=Off, 1=+2.0(very blurry), 2=+1.0(blurry), 3=-1.0(sharp), 4=-2.0(very sharp), 5=0.0(auto)",
"Transparency AA":false,
"Transparency AA#":"Soften edges around alpha test objects",
"Vertical FOV Degrees":22,
"Vertical FOV Degrees#":"9=use default, otherwise is the FOV for attached cameras (horiz is calculated based on aspect ratio)", 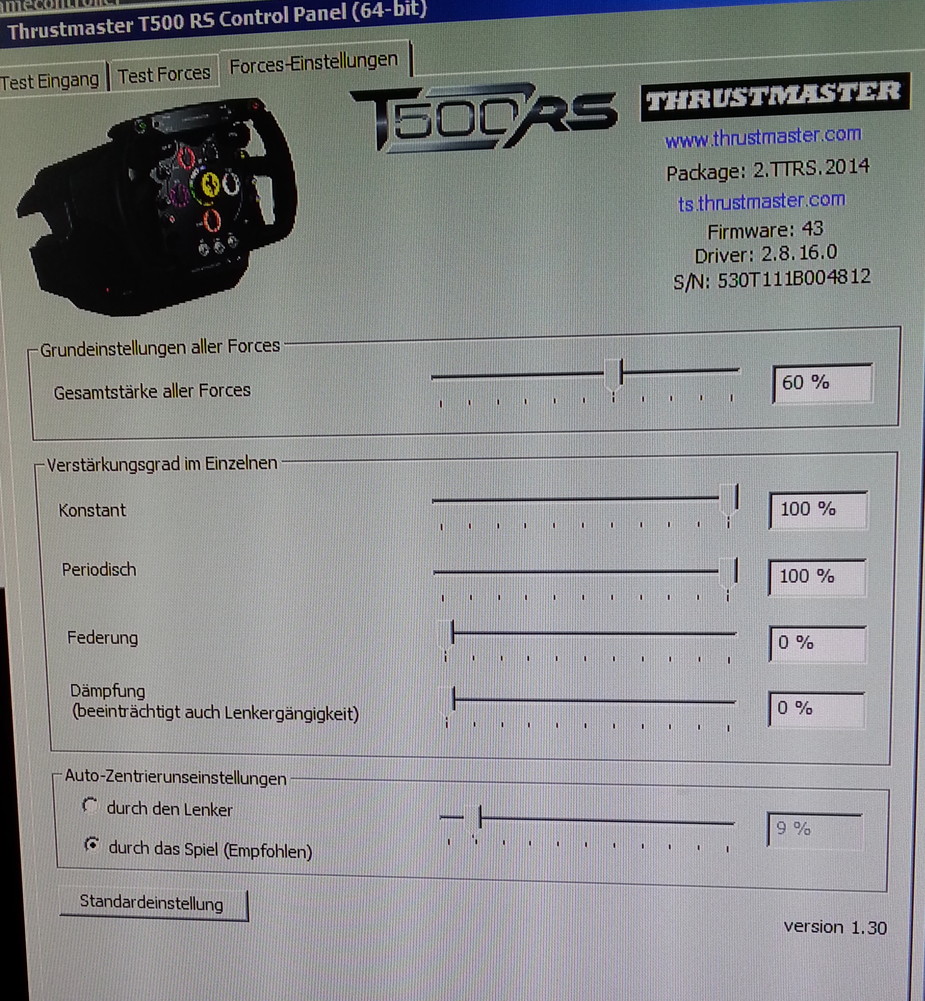 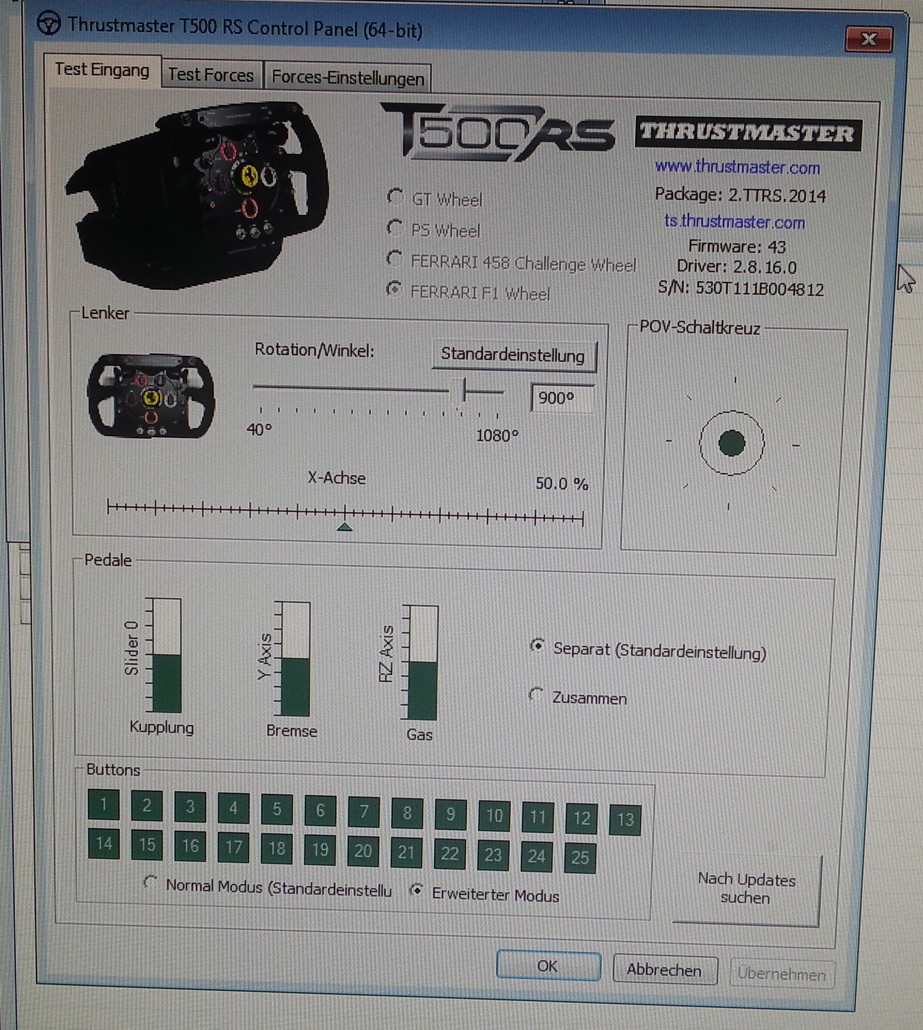 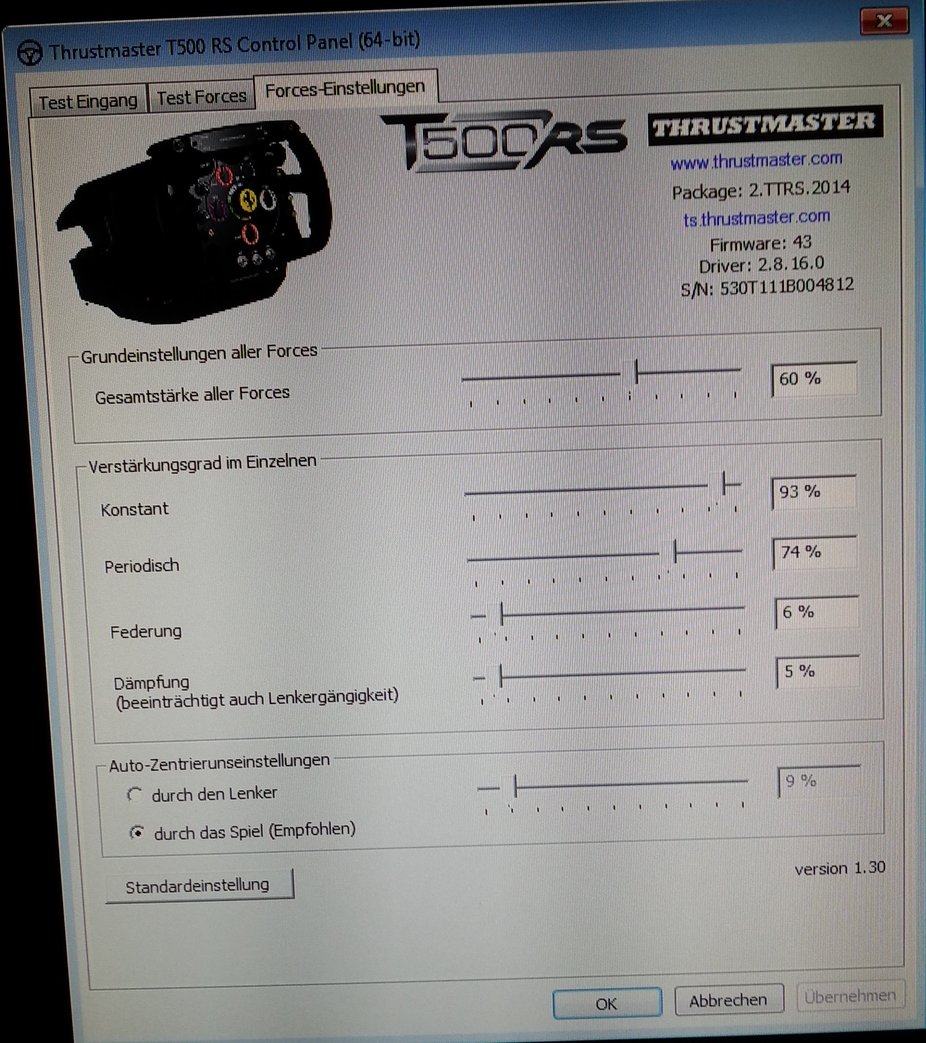 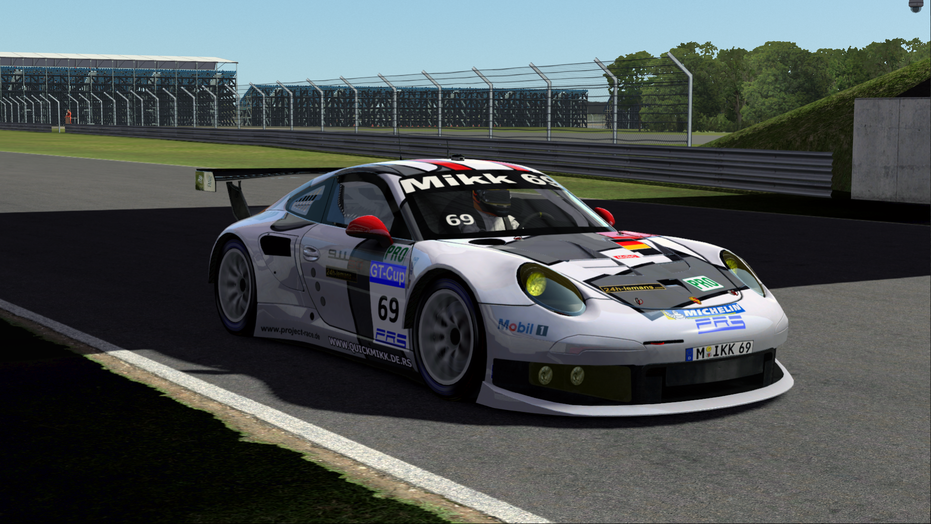 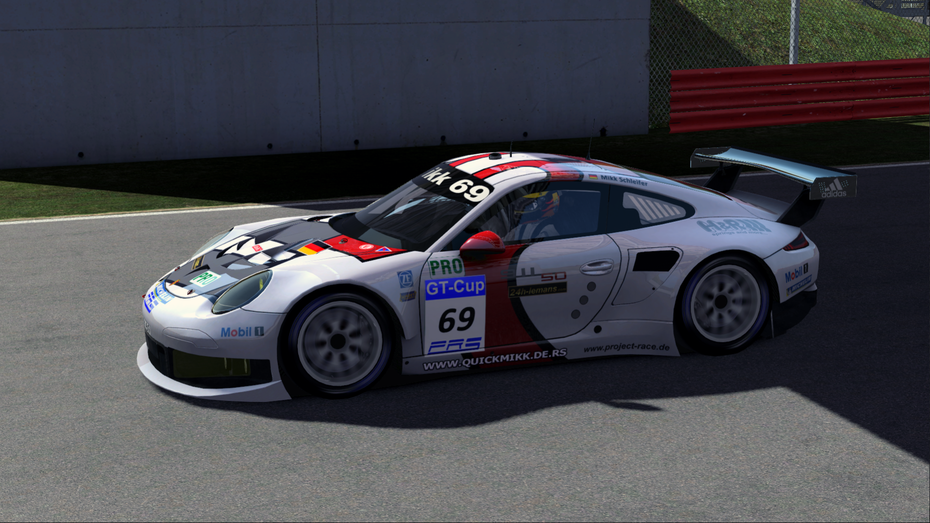 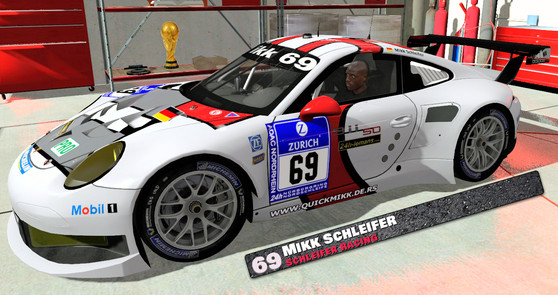